Manliness. What does that word actually mean?

To most people, manliness seems like an outdated, or sexist word; one that conjures up comments that range from anything from amusement to bemusement; and even in some cases, distain. It is a term, topic, and title; that is seeped in vagueness.

To most guys, the meaning of manliness is found in displays of dominance or ‘walking with attitude’. Some see it as acting ‘tough’. To others, it is found in the pathetically popular manta of “bros before hoes”.

In short — to most — manliness seems to not only be a misconstrued word, but also an elusive characteristic.

I myself had no idea of what manliness meant.

Growing up without a father figure, I did what other boys around me did — I sought out my own meaning of manliness, by mimicking friends, older guys I knew, and I relied on the media to be my main source of ‘guidance.’

Unfortunately, I learned that the media had its own agenda. That agenda was to popularize a certain way of ‘being,’ or ‘acting,’ in order to maximize the sales of products.

Just look around you now, at current commercials for cell phones, fast food, beer, and deodorants. Notice how they offer up infantile versions of masculinity that have become ubiquitous since the rise of the “dude” culture in the ’90s. In every one of these depictions, these grown men act like boys, and are richly rewarded for it.

The manly patriarch has been replaced by an adult teenager, or what I like to call, a “man-boy.” A grown adult male, that still thinks like a teenager. Which is, unfortunately becoming more and more increasingly common in modern society.
This man-boy is someone who spends his time sneaking off to hang out with the boys, eyeing the hot chick over his wife’s shoulder, or buying cool new toys.
Like a teenager, this guy can’t be trusted with the simplest of domestic tasks; be it cooking dinner for the kids, or shopping for groceries.

From a media perspective, commercials like this reflect a corporate executive’s dream customer: a man-boy who is more likely to remain faithful to their product, than to his wife.

But in a modern society, where the media is most people’s religion of choice, and is consumed blindly by the masses; we are in-fact, causing damage to our once well-formed, social structures.

So to be succinct, I was – like every other male around me – lost.

Personally, I learned about the true meaning of manliness from my boxing coach/ mentor. I met him when I was 14 years old, and — for over 20 years — he taught me how a man should act, think, and conduct himself. He taught me everything from how to discipline my mind, body, and spirit; to how to be successful in life. Through him, I learned how to respectfully treat women, be a leader, pursue my dreams, and be a man that Lives More Than He Exists.

My journey with my mentor might — on paper — seem long. But in truth, it was fulfilling, and taught me lessons that will serve me for the rest of my life. I was blessed to have had such a knowledgable and wise guide. My journey with him may have taken over two decades, but it all started with a speech. I will share both the speech, and its origins with you, below:

On a cold British morning I stood there — in the middle of a dew-soaked field — gasping for air.

It was October, and at 6am in London — it was not only cold, but dark too.

As my classmates would have been enjoying “laying in on the weekend,” and relaxing, I was out here – recovering my breath from the sprint session that my mentor had just supervised.

I wasn’t complaining though. I may only have been a teenager, but I had trained with him for just over a year now; long enough to realize that every moment with him — was a moment that I could use to improve myself. So no, I wasn’t complaining. If anything, I felt honored.

As we finished the session, we headed to the peak of the hill. This was where we conducted our post-training meditations, and discussions. As we sat there — crossed legged, and facing each other — I didn’t realize, that this was the day that he would start to truly teach me about manliness.

This was how his speech played out…

“Presently, we have many ‘flawed’ males in society. These flaws are a result of societal changes; changes that — despite their initial benefits of progress — have impacted upon some of the key areas of our being; in a negative fashion.

Basically, men didn’t possess these flaws in the past (or on such a wide scale as modern society does) because ancient societies used to inherently be set up to function in a manner which naturally developed males; instilling within them, manly characteristics, in a natural and almost effortless manner.

In tribes, when men reached a certain age they were taken under the wing of elders, who would train and guide them into manhood. In modern day indigenous tribes, these processes still exist.

Unfortunately, modern society neglects the importance of mentorship and guidance, and as a result you are left with adult males that carry child-like insecurities deep within them; leaving them weak, and robbing them of being the mature and secure Men that they should be.

That’s why so many women find their man to be “possessive”, “jealous,” and/ or in possession of a myriad of insecurities.

Men have lost both their way, and their purpose. As a result, they are either too submissive or overly aggressive. This has spilled over into their relationships with women; which are suffering as a result.

In the ‘quick fix’ mentality that our modern society and culture promotes; men are not addressing their own weaknesses, but instead are seeking out ways to improve their ‘game,’ and immersing themselves within the myriad of pick-up artistry books that over-populate bookshops worldwide.

Although these books and techniques are effective for temporary fun, they ultimately lead to nowhere else than shallow encounters with the members of the opposite sex. All the while ignoring the underlying insecurities and issues that these men have; leaving them still in possession of, and living with; their flaws.

If the relationships between men and women are not harmonious; society breaks down. Male and Female energy has to coexist for harmony to be present.

Being a real man is truly about being a strong, confident and secure man. Not just physically, which is what most people think, but more importantly; emotionally too.

By becoming emotionally strong, a man naturally become attractive, and there is no need for any of the pick up artist tricks or nonsense.”

At this point I questioned my mentor about this point, asking him why he was touching upon relationships with women through his teachings. He simply told me…

He then explained the true meaning of being a provider. Which in fact he said was a Key element to the equation of becoming a man.

“Most guys think being a provider is mainly financial or materialistically based. Yes, these areas do come under the umbrella of being a ‘provider’ but these areas are all surface-level components of a much deeper machine.

A man should be an emotional provider first and foremost. Then everything should flow from there.

This is what every woman needs, more-so than materialistic gestures.

Materialistic needs, have their place too, but without their emotional needs being met, a woman will always be missing something.

A real man is able to handle — and will also love — self sufficiency in a woman. He will truly respect that trait when he sees it inside a woman.

Unfortunately, popular culture continues to pull apart these values as we have moved away from manly values and embraced ideals of machismo that have been stripped of the accompanying values of honor, duty, and loyalty.

A man without these values, simply remains a boy trapped in an adult body.”

This was my first introduction into what it would take and what I would have to learn, to become a man. Honestly, at the time I felt a little overwhelmed.

But, I have to admit, it was just the beginning of a very enlightening and rewarding journey. 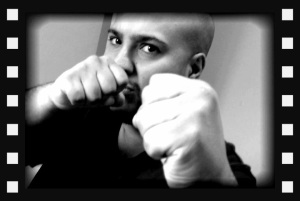 2 responses to “Manliness In The Modern World”