I’m sure you’ve seen an Alpha male before: those strong, confident guys who move through life seemingly without any limitations to their adventures or achievements. The guys who just seem like nothing is an issue for them and they just draw people in with effortless ease.

And I’m sure you know the effect that they have on women.

Want to be one of those guys? Does having hordes of excited women lining up to spend time with you, sound like a fun way to spend your Tuesday night?

Well the Seduction Community/ general dating advice, both offer a path to get there. A path which (ironically) will NEVER actually get you where you want to be. One that is actually what’s STOPPING you from being in the company of beautiful and intelligent women; women that are hanging off your every word, and enjoy being in your company.

So if the Seduction Community/ general dating advice are both hurting you, rather than helping you, then how do you become an Alpha Male? What’s the secret formula? Well, the standard Seduction Community way, is to simply fake it till you make it. They will sell you products and theories, with sales pitches such as…

“Internalize the 9 Characteristics of the True Man!”

“Memorize the 34 mandatory steps for pretending to be an Alpha male because you’re really so scared of saying/ doing what you want, that you need to hide behind a rule book to feel safe!”

According to the Seduction Community, the theory is:

If you pretend to be Alpha for long enough, surely after a while you’ll internalize those behaviors and they’ll eventually become so natural that you’ll be able to act like an Alpha male without even trying.

Once again, logical, right? I mean, it sounds solid.

This all sounds great until you start to understand what really defines an Alpha male, and what needs to change, for you to become one.

I want you to think about all the different Alpha Males that you’ve ever met.

Now lets look at a few people and characters, that we are all familiar with…

No, of course not. They all lived their own lives. And lived them according to what they thought was right.

They all have their own styles, lives, and ways of doing their thing.

Do you think these guys are following somebody else’s rules or structures?

Do you think Charlie Hunnam consults the latest Pickup Artist DVD series before leaving the house?

Do you think Steve Jobs spent his life following someone else’s life plan, in the hope that a woman would find him attractive because of it?

Do you think Tom Cruise hid behind some ‘guaranteed’ structure for happy living, in the hope that when he finally got to the end — his friends would pat him on the back and tell him that everything was going to be ok?

The core element that makes these guys Alpha, isn’t the rules or structures they follow, it’s not the techniques they read about, or the course they took in high school. In fact, it’s nothing external.

When you boil down every Alpha male characteristic and trait down to its core element, there’s one driving force behind it:

An Alpha male does what he wants, and when he wants to. Regardless of what anyone else says, thinks, or does.

And this is where the Seduction Community is leading you astray. They’re telling you that you can become the kind of guy who simply does what he deeply desires in every moment, by following a set of rules that someone else has told you.

Can you see the contradiction?

They say that if you do what someone else tells you to do for long enough, you’ll eventually do what you want to do.

How can you ever get closer to being the kind of guy that does what he wants, by continuing to follow a set of rules laid down by somebody else?

The worst thing is that following other people’s rules and structures is the very thing that is responsible for women not wanting to come home with you right now. You were listening to your mum’s advice about being nice to women, you were following social standards about buying her dinner, you were imitating the soppy stuff you saw in movies, and it wasn’t getting you where you wanted to be. You were doing what someone else told you that you needed to do and surprisingly, it wasn’t helping you get the happiness in life that you were looking for.

The Seduction Community isn’t fixing your problem; it’s just changing the set of rules you’re using – to ones that are slightly less unattractive to most women.

It’s the Pick Up Artist equivalent of switching from heroin to methadone. Definitely not as bad, but nowhere near being a real solution.

In saying that, if you want to spend the rest of your life trying to internalize someone else’s set of rules — hoping that you’ll eventually become Alpha — then that’s totally fine, and I wish you all the best.

But just so you know, there is an easier way.

If a true Alpha male does what he wants, when he wants to — then the path to becoming Alpha is simple…

Become the kind of guy who knows what he wants, and goes after it.

There’s no complex set of rules you have to internalize, there’s no intricate set of structures that you have to follow. It’s simply you doing what you want, when you want.

That’s the secret to being a true Alpha male.

As I’ve already mentioned once or twice, becoming the kind of man that women flock to, isn’t about learning a new set of rules or structures to impress them, it’s about living your journey for you. It’s about finding who you are, what’s going to make you happy, and then developing the balls to go after it.

So here’s a question I want you to consider:

Do you think it would be faster, easier, and more enjoyable to spend years and years trying to internalize a whole bunch of someone else’s rules about how you should live your life – just so you can hopefully, one day, be the kind of guy that women are attracted to?

Do you think it would be faster, easier, and more enjoyable to do what you want, when you want to, so that you don’t have to think about getting women — women naturally just want to be around you? 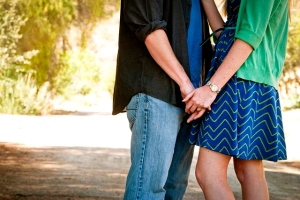 2 responses to “The Alchemy of Alpha”